Would you ride a bus painted with a slogan  that says “There’s probably no God. Now stop worrying and enjoy your life?”

An atheist group in New Zealand is now busy raising funds and defending plans to raise $10,000 to run a controversial slogan on the side of New Zealand buses.The latest news says that they doubled their target to $20,000.00 after they have reached their earlier target. They launch their campaign in a prime time TV interview program and now sparks a great debate in New Zealand. Chief atheist campaigner Simon Fisher said ithat they would pay for advertisements on 12 buses in Auckland, eight in Wellington and four in Christchurch, each staying on the buses for four weeks. 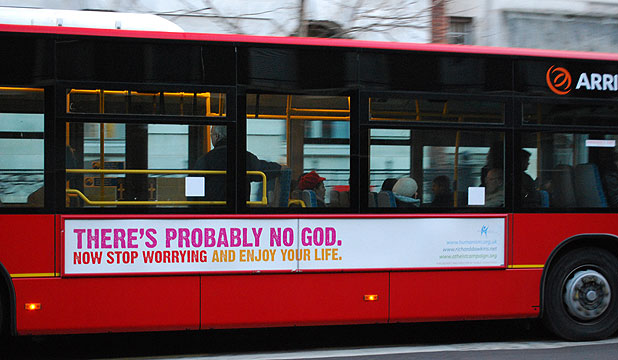 Like Christians who are passionate about spreading the Good News, atheists on the other hand are even more passionate trying to prove something that defies the truth. But unfortunately, it becoming more evident that atheists are beginning to doubt their belief  as shown by their slogan.  They used the term “probably” instead of campaigning upfront  that  there is “no God”.  It only shows that it is impossible for them to prove the non-existence of God who created everything, atheists included.
Unknown to atheists, unless they are secretly reading the Bible, christians have a proven cure for “worry.” Philippians 4:6 says “Be anxious for nothing, but in everything by prayer and supplication, with thanksgiving, let your requests be made known to God.” Jesus also said “I have come that they may have life, and that they may have it more abundantly.” Enjoying life is not an issue for a true christian.
I guess this campaign does more good for christians. It is God-focussed. More and more people, not only New Zealanders, will be puzzled and would try their best to seek God. So, to my atheist friends, bring it on and let the campaign begin! God will surely smile and probably will say, “at least you’ve tried.”
P.S. what about if atheist will go door knocking like the Jehovah’s witness and Mormons? The scenario would something like this. 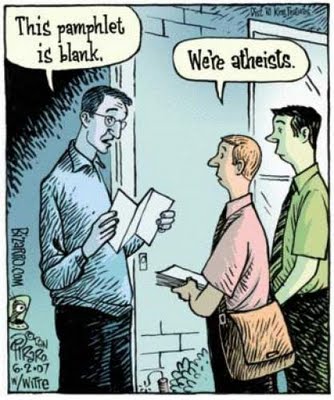