I started using the gift God gave me – Stan Walker

I am not really a big fan of Australian Idol but that changed when I saw the journey of this young man named Stan Walker. Rarely in primetime reality show can we see highlights of a passion for christianity.  Stan Walker proved that his christian beliefs and his honest, real, and powerful life testimony made the difference for him to win the hearts of many Australians. It is truly amazing to hear Stan Walker sing. He engages audience with his soulful voice. He sings from the depths of his heart making every song he sings sounds to be his very own. His spirit flows in every note.
His performance of this famous hymn, Amazing Grace, is perhaps one of his best. Giving glory to God towards the end of his song is the most gallant and the most precious act he has done on a national television. 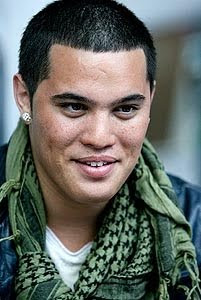 Idol’s Stan Walker: My childhood was like Once Were Warriors
Each time Australian Idol front-runner Stan Walker walks on stage to sing, the teen can’t help but marvel at the latest chapter of his life.
The Kiwi lad, who’s tipped to win the trans-Tasman singing competition, may be only 19, but already his story could be the script of a Hollywood film – one that strongly resembles the plot of Once Were Warriors. Like the Hekes, Stan’s childhood was filled with violence, alcohol and poverty.
‘My dad was an abusive man. He beat my mum and he beat us,’ reveals Stan, who grew up in Mt Maunganui and now lives in Coolangatta, Australia. ‘My parents were druggies, they drank a lot and had parties. I had no father figure.’ Read full story here
credits: Story & photo source